Truckers for the Homeless: Our Interview with David Wolkow

David Wolkow knows the trucker life inside and out. For the last quarter century, he’s been running routes in all 48 states.

During that time, David saw how many people live in roadside tents. He says, “It was a normal part of my drives. Truckers see homeless people everywhere.” He had shipments to deliver and deadlines to meet, but he was a devout Christian and remembered the words of Isaiah 58:7, “Share your bread with the hungry and bring the homeless poor into your house.” Even though it slowed him down, he sometimes pulled his truck over and gave food to people who looked like they could use a good meal.

Seven years ago, he started doing more than that. Together with his wife Darlene, he founded Truckers for the Homeless – a non-profit organization that provides the destitute with food and essentials. They went to grocery stores, filled bags with food, toiletries, blankets, and supplies, then handed those bags out to the homeless people that David saw on his routes.

For the first six years, the majority of Truckers for the Homeless’ operating costs came from the couple’s own paychecks. Then, this March, FleetUp stepped in and started funding the charity. Now, David and Darlene are able to give out more food than they ever have before.

We had the chance to talk with David about his time on the road and how FleetUp has helped his charity grow. Our interview is below, with some light edits for style.

Why is Truckers for the Homeless’ mission so important to you?

I get a little touched when I talk about the homeless because I’ve been in tough situations, too. My dad was a career military man. He was very hard and didn’t show a lot of emotion. I’m not looking for any sympathy. But when I see these people, people who society has turned its back on, I understand how they feel.

I go hand them a bag and they say, “You know, you spending fifteen minutes of your day talking to me meant more than the food you gave me.” I just want to show them that somebody still cares. I know from experience how important that can be.

Is it stressful to have to do your charitable work on top of your day-to-day driving work?

It can be. But there’s a more positive side to it, too.

Once, I was having a bad day. I got off an exit in Kingman, Arizona. On the offramp, I saw a man with a sign and a dog.

I passed him, thinking, “I’m going to go to the truck stop, take my half hour break, and not worry about this.” But I kept thinking about him. I was carrying dog food in the truck because my wife said, ‘I always feed our dog before I eat. A lot of homeless people have fur babies, too. I don’t want them to have to choose between feeding themselves or feeding their pet.”

So I pulled around, got out, and introduced myself. He told me his dog’s name, Squirt.

After we talked and I gave him some food, my mood changed. I started feeling better. Sometimes, doing the right thing isn’t just good for the person I help. It’s good for me, too.

What do you think truckers know about homelessness that the average person might not?

We see homelessness everywhere, from the biggest cities to the least populated rural counties.

In cities, soup kitchens, charities, and halfway houses are always nearby. But when I drive across Wyoming or Montana and see someone on an exit with a sign, there might not even be a single store within miles. Pretty much the only thing they have to eat is whatever I have to give them.

There are a lot of women out on the road. Some of these people in the middle of nowhere are leaving abusive relationships. They’re trying to make their way to other family members. It’s very tough to experience homelessness in areas with so few resources.

Another thing truck drivers see is how many trash bins are stuffed full of perfectly good food.

For example, I brought a load of chicken out to California. It was stored in freezer bags inside of cardboard boxes. The receiver found one torn box on a pallet of 48 boxes. Even though the other 47 were undamaged, they rejected the entire pallet.

Fortunately, I happened to be in Riverside, where my sister lives. We filled up her freezer with chicken, then filled her co-workers’ freezers. After that, I still had about thirty cases, so I went to St. Vincent DePaul and and gave the rest of it to their soup kitchen.

Truck drivers see this kind of thing all the time. I hear drivers on the CB radio say, “I’ve got 25 boxes of M&Ms,” or, “I’ve got forty bags of potatoes. Anybody want some?” We’re trying to give it away because we don’t want to throw it away.

How have FleetUp’s donations changed Truckers for the Homeless?

In the six years before FleetUp’s donations, we gave out something like 600 bags. FleetUp started donating in March, and between then and September, we gave out almost 400 bags. So our giving has gone up quite a lot!

It’s also great to be part of a team. Everyone at FleetUp – Ezra, Julie, Eric, Jonathan, and so many more – have been awesome. All these people supporting Truckers for the Homeless keep me motivated.

Recently, I saw a guy walking down the street in Oklahoma City. I honked the horn and he came over, got on the running board on the passenger side.

He said, “Hey, I’ve heard about you. Friends of mine have told me there’s a big guy who comes through here and gives them food.”

That kind of thing makes me feel great. With FleetUp’s help, I can keep doing the work I love.

This holiday season, consider donating to Truckers for the Homeless. After all, truckers might not drive a sleigh of magic reindeer, but they do just as many deliveries as Santa himself. Help David give a few gifts to the people who need them most. 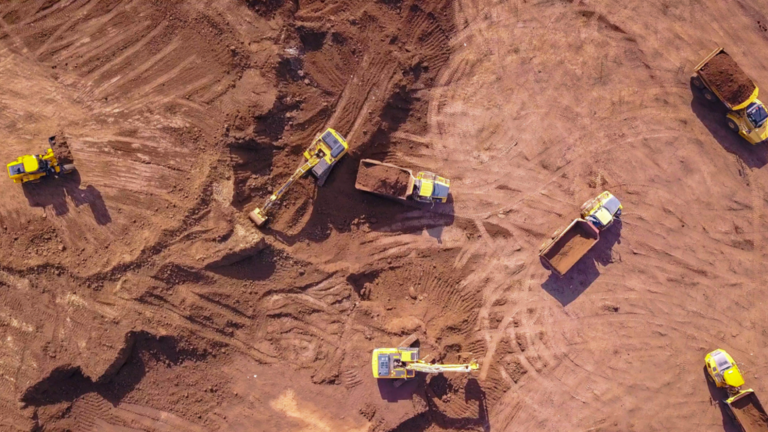 How to keep drivers happy during the trucker shortage How to cut construction costs during the winter slump A Day in the Life with FleetUp: Managing and Monitoring Field Technicians